This film derived from an undercover operation by BUAV inside the animal testing laboratories at Cambridge University. The film features the alleged mistreatment of marmoset monkeys in research into diseases, including research into the brain. Extracts from this film featured in a BBC Newsnight exclusive with further showings on all major BBC News programmes and many articles in the national press. 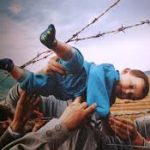 A Life Worth LivingCampaign Information Films