The Taff Fishery: A New Beginning charts the  environmental history of the Taff  through the dark days of the Industrial Revolution, through the major pollution spills of the 1960’s to the modern clean up and restocking of fish.
It details the construction ofd the fish passes along the Taff and their importance  in bringing the river back to life. The film was launched at the international conference of the Institute for Fisheries at Cardiff University in September 2004. 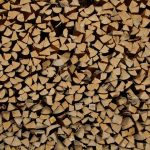